If you have been browsing my site for the last couple of weeks, you’ve probably noticed that I have been using a lot of zucchini recently. No worries…I still have more zucchini posts for you. And if you are not a zucchini fan, don’t give up on me yet…in a week or two, when my kitchen and garden is no longer being overrun by squash, I will be back to decorating cookies and making completely unhealthy desserts that don’t involve veggies.

In the meantime, here is an amazing recipe for you to try out!

A while ago, I saw a post for fake apple pie using zucchini. I was intrigued and knew I definitely needed to give a try once my zucchini was ripening in full force. Unfortunately, I can’t seem to find that original post, which is rather embarrassing due to my love of Pinterest and the fact that I probably posted a comment on the blog saying I was going to try the recipe. (So, if you have posted a zucchini pie recipe, feel free to leave your link in the comment section and I will link this post up to you)

I have to admit that I was quite skeptical that zucchini could be substituted for the apples in a pie and nobody would notice the difference. But I am now a believer. I even decided to trick my husband tonight when I served this dessert and I called it apple cobbler. After he told me it was really good and he took a few more bites. I couldn’t resist telling him my secret…there were no apples in the cobbler. Say what?! The apples are really zucchini?!?! Yep! It’s that amazing!

So, if you have some extra zucchini laying around, you might just want to give this a shot. Actually, you really should give it a try. It sure beats another meal with steamed zucchini on the side (although, I do love it that way to…I just like to spice it up a little every once in a while…and in this case with some cinnamon and nutmeg).

Crust/Topping: (a family favorite from my grandma)
1 cup flour
1 teaspoon baking powder
3/4 cup sugar
3/4 teaspoon salt
1 egg
1-2 tablespoons butter or margarine (you could use more if you want)

Peel, cut, and slice zucchini and remove the seeds. I cut them into slices that would look make them look like apples. (See photos above). Preheat oven to 350° F. Cook zucchini slices in boiling water for 2-3 minutes* (I would simmer them on medium/low for 15 minutes next time around, possibly in lemon juice…see updated notes below), until they are barely tender. Remove zucchini and drain very well and cool (I didn’t let them cool…but it would probably be a good idea). Strain off as much water as you can. Combine all the remaining filling ingredients (except zucchini) in a bowl. Add in the zucchini and mix until coated. Pour into a 9×13 baking dish you could also use a 9×9 if you want the cobbler thicker. I used a round dish this time.

In a bowl, mix the flour, baking powder, sugar, salt, and egg together with a fork until it resembles a coarse cornmeal (you could also use a pastry cutter or a couple of knives). Pour over top of the apples. Do not mix. Melt butter in the microwave and lightly drizzle on the top (this time around, I thinly sliced the butter and evenly distributed it around the top instead of melting). Bake for 50-60 minutes*. (Watch to make sure the top doesn’t over cook. You might want to loosely cover it for part of the cooking time).

*I baked mine for about 55 minutes and some of the zucchini was a little firm. It still tasted great. Next time I would either increase the boiling time at the beginning or the cooking time a bit.

**Updated–After posting this recipe this morning, I came across a couple of other zucchini cobbler recipes (here I thought I was being somewhat original). They both called for lemon juice. I’m wondering if that might help with the texture of the zucchini a bit.  They also cooked the zucchini for 15 minutes on medium/low in a saucepan  before adding the cinnamon sugar mixture. Here’s a link for you to check out too: A to Z Caramel Crisp from Shugary Sweets. The other recipe is in a comment on this recipe from HowDoesShe.

I would to hear your results if you try out this (or any similar) recipe substituting zucchini for apples.

Can you believe that this is really zucchini? Neither can I. I think something is missing from this picture. Oh right…the ice cream! A scoop of homemade vanilla ice cream…much better!

Oh, and in case you were really wanting some hearty meal to eat with your zucchini. Go ahead and check out this super easy Cheesy Zucchini recipe from HowDoesShe. We  had it for dinner tonight with a little diced ham. It was pretty tasty…even my two-year-old ate it. 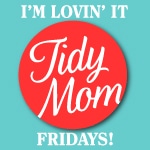 This entry was posted in Pie. Bookmark the permalink.